An Arts Festival for Namibian Youth is gearing up to showcase the power of art as a means of education and social awareness. In the lead up to this festival, children were taken through workshops where different art mediums were shown to them by leading Namibian artists. From Maria Caley teaching Fashion Design to children at Hage Geingob High School, to Eino Kamati teaching Drama to children at Namutoni Primary School. Children were given a glimpse into the many forms of art.

“It’s a necessity give the skills to kids when they are young, if you start from the beginning it will always accumulate to bigger things.” 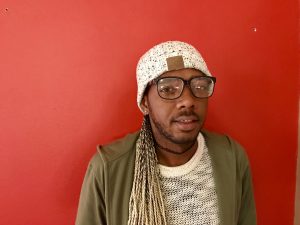 Speaking to Micheal Pulse, the Deputy Director of the Namibia Youth Arts Festival and a multitalented artist who boasts RnB singer, song writer and play writer, among his many talents, “We did a pilot with three schools, Namutoni Primary School, Hage Geingob High School and Bet El Primary School and the great thing about the workshop is that we got the best of the best in their own skill set in art. We had people like Ann Singer, she’s an award-winning artist, we had Maria Caley, she’s the head of fashion at UNAM, and they were able to transfer their skills to 150 kids. It’s a beginning.”

A beginning which Micheal feels is a critical foundation, “It is about the basics tools, how to do certain art forms. As a singer, I can sing, but I need to know what a note is, how it looks. Can I read the score? If I work with other people who are well versed in writing music, will we be able to work on a project? This helps to create an even better art.”

“It’s a necessity give the skills to kids when they are young, if you start from the beginning it will always accumulate to bigger things.” When asked where he would have been if given more exposure to different forms of art training during his schooling career, Micheal answers “Juilliard” referring to the Juilliard School, which is widely regarded as one of the worlds leading music schools. “Had I been taught art, had I been taught certain skills at a very young age and had I been taught that you can make a living off music, I would have focused my whole entire energy on it.”

With his successful career in the arts in Namibia, you wouldn’t tell that Micheal only started his arts training later in life, and today he says he feels he is an “arts activist,” currently part of a team that is hoping to empower future Namibian artists. The team is made up of volunteers who are showcasing art as a means to “empower and educate the youth and kids and the community.” Says Micheal.

“I think art, at the end of the day, brings us close together. It crosses boundaries, it does not know age or religion it doesn’t need to have a particular language or location, it can get to you as soon as you feel it.”

Explaining the festival which is set to take place on the 2nd of September 2017, Micheal notes, “It is going to be a festival celebrating art, any type of art in one space, including people from all walks of lives. We are celebrating art.”

“I think art, at the end of the day, brings us close together. It crosses boundaries, it does not know age or religion it doesn’t need to have a particular language or location, it can get to you as soon as you feel it.”

Micheal goes on to explain that the hope is for the Namibia Youth Arts Festival to become an annual festival. This year, they have themed the festival ‘El Nino’, and it’s aim is to create awareness for climate change. “Each one is themed and this one is based on climate change because when we started talking about the festival we had a water crisis and we wanted to address that. The great thing is that within the workshops the kids are learning to address this by using art.” Says Michael, who adds, “We wanted to show that art can teach, inform and educate at the same time as be entertaining.”

“We are planning a carnival, so it’s a walk from town to Katutura, to cut the divide between town and Katutura. The carnival will start in the middle of town and go all the way to the ‘KACC’, the Katutura Arts and Community Centre. The kids that were in the workshops, are going to come and showcase what they learnt, and also show what they can do with the skills that they got.”

It’s not limited to the children who went through the workshop Micheal explains, “we want as many schools who could not be part of the workshop, who have at least something that they want to showcase, there’s platforms open for them.” In addition to an open call for other Namibian youth to come and showcase their art, the association is calling on Namibian artists to participate in the event through a stall at the festival.

“People forget that art has played a pinnacle role in society for the longest time, as long as humans can remember and it’s time for us as Namibians to realise that.” Notes Micheal.

Find out more about the Namibia Youth Arts Festival here 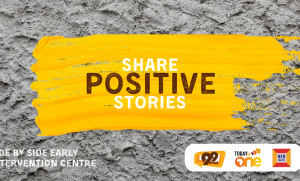 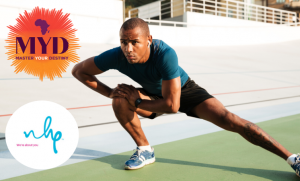