This MYD Earth Show features an inspiring tale of young Namibians who are making a difference in the renewable energies market.

Namibia is a net importer of around 60 percent of its electricity from neighbouring countries, but has great potential to produce renewable energy, and this is why the team from the Promoting Renewable Energies in Namibia project (PREN) are working tirelessly to create awareness around renewable energy.

Rodney Seibeb from PREN alongside a team of his students sat down with the MYD Earth Show to share their insights on their field of study and the learning they were exposed to when they took to the Namibian desert in search of lessons from nature.

Renewable energy, says Seibeb, is actually one of the forms of energy that Namibia has been exploring. This so called “clean energy” has been promoted around the world for years and finally, Namibia is catching up.

Talking about some of the myths around renewable energy, he says: “Since it’s modern energy, most people think that it is a very expensive way of electrifying your house but over the past years the cost of these panels and components or the solar systems have really gone down.”

He adds that with the work happening in the industry today, the myth can eventually be demystified.

The PREN Project is a three year project that is being implemented by the Hann Seidel Foundation and the Desert Research Foundation of Namibia (DRFN). It started in 2017 and it’s main aim  is to promote the use of renewable energy and energy efficiency in Namibia.

“We have the promotion of renewable energies at the rural schools, where we have identified six rural schools that need to be electrified and we have so far electrified four of those rural schools and have given training to the management of the school and handed over those systems to them to ensure sustainability of the systems,” Seibeb says of the grassroots implementations.

One of Seibeb’s students, Peter Hafiku also shares his experience as part of the project and what he’s learnt so far. “I think to save electricity and water. It may look basic but things that can actually save you a lot of money and through the process also save energy. Yes there things like leaking tap, how like as soon as you find a leaking tap in your house you must fix it just that moment. You must try to fix it at that moment. Things like how to save electricity by switching off the main switch, because most of the electrical appliances use energy when they are plugged in even if you are not using any of them.” 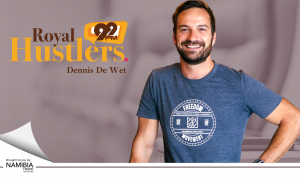 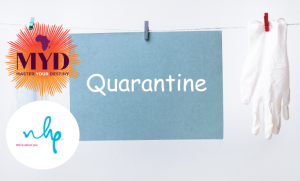