Tim Ekandjo is a formidable professional best known for his work as the Chief Human Capital at MTC. This corporate…

Tim Ekandjo is a formidable professional best known for his work as the Chief Human Capital at MTC. This corporate…

Tim Ekandjo is a formidable professional best known for his work as the Chief Human Capital at MTC.

This corporate hustler rose the ranks from being a bank teller to heading the HR departments of the biggest companies in Namibia and Africa.

Where it all started

Born and raised in Luderitz, he attended high school at Martin Luther High School situated in Okombahe in the Erongo Region.

After high school, he moved to Oshakati for his first job as an enquiries clerk at FNB. “I got the big promotion to a teller. It used to be a big job, counting a lot of people’s money,” he recalls.

With a hustler’s mentality very early in his career, he saved about 70% of his N$3000 salary which enabled him to go to Cape Town to study HR.  While studying, his part-time hustle was working at Safmarine – a job he bagged because he was the best overall student in his faculty. He also did a stint at the Sanlam Head Office in Cape Town before ending up at Seaflower.

He obtained a Diploma after three years and while doing his honours, he finally received a bursary from SeaFlower, a commercial fishing company from his hometown Luderitz. Upon completing his studies, he worked at Seaflower as an HR Clerk. He worked his way up to eventually become the General Manager of HR at SeaFlower White Fish and SeaFlower Lobster – two separate companies in the SeaFlower Group of Companies.

After a few years of working in Luderitz, this dreamer eventually grew restless in the small town.

It was around this time that he joined Shell Vivo Energy.  “I became the Country HR Manager for Shell. After three months they decided I should take over the HR departments of Shell Mozambique and Botswana,” he recalls. He was then promoted to Cluster HR Manager for Namibia, Mozambique and Botswana, a position he held for about two years. This portfolio kept growing and he ended up being responsible for six countries with Togo, Ethiopia, Uganda, Kenya being added to his plate.

“Being part of that team and all the travelling became too hectic. I think I spent about 260 fortnights per year just travelling.”

After four years of this, his then-girlfriend – now-wife – took things into her own hands and submitted a job application on his behalf to MTC.

“I don’t know where she got my CV from. One night when I came back from a work trip she told me, ‘by the way you have an interview tomorrow.’ I was like ‘what interview’.”

Eleven years on, he remains passionate about HR. For him, the role of HR remains largely the same but practitioners also need to evolve. “People have always been at the centre of everything that we do. That will never change,” he says.

Tim stresses that the best HR people have always been business leaders and that the profession should move from only being administrative.

He advises practitioners to take up spaces of leadership organisations by understanding the nature of the business.

Listen to the Royal Hustlers on 99FM every weekday at 07h35 (Stream us here). 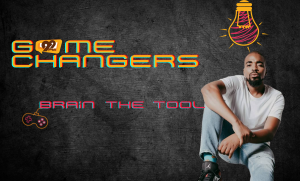