How to Side Step the Pitfalls of Perfectionism

“Perfectionism is more about fear of failure than the desire to produce excellent results.”

Perfectionism is described as a fast track to unhappiness and a sure fire way to derail your passion and enthusiasm for life. To understand why and how perfectionism can be dangerous, 99FM’s MYD Heart spoke to creativity coach and lifestyle mentor, Karen Powell, who prepared the following for us:

How to Stop Being a Perfectionist by Karen Powell

Perfectionism is a sneaky device we unwittingly use to keep ourselves from moving forward. It keeps us in a safe, controllable place.

Perfectionists will defend their perfectionism by saying, ‘Well, I have very high standards. I give out only high-quality work. And that’s what I expect from others as well.’ While high standards and excellence are much-appreciated qualities, perfectionism is something else altogether. Perfectionism can actually do more harm than good to both the person trying to live up to it and the project itself. It stops you from living your full potential.

Perfectionism is fear disguised as virtue.

Perfectionism is more about fear of failure than the desire to produce excellent results. It is a constant critic who’s only interested in finding fault and fails to see what’s already good. It taunts and lashes at a project for never being good enough and often prevents it from ever getting finished. And at its worst, perfectionism will keep you from even starting some projects for fear of not being able to deliver a perfect end result.

Most creative projects don’t really have an actual completion point. They just need to end at some place so you can move on to creating the next one. It’s about letting go of control…something that gives a perfectionist a nervous tick at the mere mention of the idea.

Set yourself free by becoming a “recovering perfectionist”.

Find out where your belief that everything should be done perfectly, originated. This could be an old script from your childhood. Parents often say things to their kids like, ‘Do your best’ or ‘If you’re not going to do it properly then don’t do it at all’. While they’re usually just trying to teach the importance of giving your best effort and taking pride in a job well done, you might have taken it to heart, thus creating the need to please your parents (or a teacher, etc.). Children are very impressionable, take things very literally and fear disappointing those who are important to them.

Beginner’s Mind is the attitude of approaching something with openness. Be willing to not have all the answers. The best way to do this is to keep your focus on the present moment as you take small action steps, rather than thinking about the end result.

Focus on the positives

Perfectionists are hard-wired to look critically at their work and often forget to see what is already right and good about it. Only criticising something feeds that negative energy and causes a downward spiral of dissatisfaction. This is a habit and a habit can be changed.

Be gentle and kind to yourself

Imagine talking to someone else the way you talk to yourself when you’re criticising your work. Would that other person be mortified by the way you’re treating them? Criticising yourself only beats you down and makes you want to retreat, rather than create. Treating yourself with kindness builds you up and allows you to be more creative.

Begin with one small step

Then take another small step, and another…

Perfectionists tend to be incredible procrastinators too! If you find it difficult to begin something, chances are you’re either already focusing on the end result or you’re considering a step that’s too big and should rather be cut into several small steps.

Set a reasonable time limit for your project

“Parkinson’s Law” states that work will expand to fill the time available for its completion. And boy will perfectionists use an inordinate amount of time to get a job done, forever tweaking, re-doing and second-guessing any progress. Consider what would be a reasonable amount of time to get a project done and then set a timer to keep you from constantly expanding the deadline.

Ask yourself, “What would I try if I didn’t have to do it perfectly?”

Make a list and then pick one and go do it imperfectly, just for fun.

Mystery is actually the essence of creativity. Allow mystery to become a normal component of your work. Surrender to mystery and you will be amazed at what is able to come through you when you let go of needing to control everything.

Watch young children playing or creating something and you’ll soon see that they’re in the present moment, having fun and allowing things to unfold. They’re enjoying the process of creating rather than focusing on the end product itself.

Practice doing this yourself for a new perspective on how joyful creating can and should be. 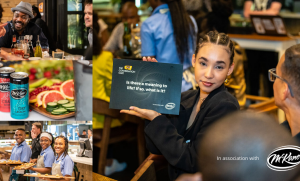 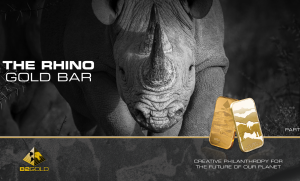